IMAGINE a group of people that does the worst things you can think of.

People who would like to concrete the countryside, build more nuclear power stations, sell off forests, and tax churches and charities while inviting tax dodgers for dinner.

People who would like to steal wheelchair money from the disabled, allow small firms to employ up to 10 children without regulation, and blame everyone who is poor, sick or unlucky for being beggars, cheats and scroungers.

People who would sack soldiers, sailors and air crew while not having the wit to order an aircraft carrier capable of carrying aircraft; people who would shut down half the country's ambulance stations; people who see soldiers killed because they didn't get a NATO order but don't like to mention it.

People who would bask in the glory of a sporting event they did not organise and declare team sports compulsory, having sold off 31 school playing fields in two years, five of them against advice, and on top of the 10,000 sold last time they were in power.

Laughable, isn't it? There can't be people like that. What next, stabbing kittens to death? Workhouses for the feckless poor? Mindless slaughter of wildlife without good reason?

Silly ideas of course, except that today the people running the country want to shoot at badgers for doing something harmless.

Badgers are blamed for the spread of bovine tuberculosis, a disease which means an infected cow will be have to be killed at great cost to the farmer and which has cost £1billion in the past decade.

Dogs, cats, goats, pigs, deer, llamas, alpacas and yes, foxes also spread bovine TB, but even the people currently running the country in the ways outlined above are not stupid enough to suggest culling Bambi.

No, it's Brock getting the blame and the bullet in the face of all logic, reasoning and common sense.

Firstly, bovine TB doesn't always harm cows, which can go their whole lives without developing the full-blown disease or becoming infectious. We kill them anyway.

Secondly, bovine TB doesn't pass to humans in the food chain. Pasteurising milk kills the bug off and meat from infected cows is safe to eat. We kill them anyway.

And thirdly the biggest group of animals responsible for spread bovine TB is - clue's in the name - cows. The last lot of idiots running the country spent £23million on vaccines but they're being held up by EU rules. And while we wait, we kill the badgers anyway.

It's bloodthirsty and daft and doesn't make any sense, so it's right up the street of a group of people who think the world needs more nuclear waste and fewer ambulances or trees.

The RSPB and the National Trust vaccinate badgers on their land, along with some wildlife trusts. Scientists say killing badgers won't make much difference, farmers are mainly angry about having to kill infected cattle, and any normal person would say if the milk and meat is fine we're not too bothered.

But what any normal person would expect - to have the country run by people of whatever political hue but trying their best to help others, to do good things, make decisions based on logic and consider the public's money and will to be more important than their own - is not what we've got.

We've got a group of people who would be written out of a farce for being too ridiculous, stupid, crass, obtuse and ignorant to be believable.

And people think animals are dumb. 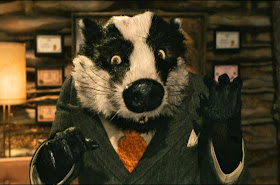 You explain it to him.